Sadwings
Posts: 115
For me, I've bought the new Judas Priest “Firepower” love this release. Its on rotation once or twice a week.
Most recent, is Tad Morose “Chapter X” This band is more heavy and less progressive in the last 5-6 years or so. Great vocals with traditional Metal sound. Their lyrical content is darker these days, then the early days.

Not much really , been to a lot of gigs though this year though

Actual cd's in 2018
Phil Cambell And The Bastard Sons - The Age Of Absurdity, saw them live in April
U.K. Subs - Submission , next seeing them again in November
Orange Goblin - The Wolf Bites Back - live in London this Saturday , can't wait

U.K.Subs have an ep coming out in November and also looking forward to some new stuff from The Old Firm Casusls and Nashville Pussy

Bought a few second hands CDs, Johnny Thunders being the pick of them

I recently purchased the reissue of attack of the grey lantern by mansun. stunning remaster!

No vinyl Mog? I got rid of most of mine when CDs came out, big mistake, was gonna re build it but with top quality vintage stuff and it ain't cheap, put a 30 quid bid on The Small Faces ‘Ogdens Nut Gone Flake’ in the round metal tin and it sold for over 300 quid! 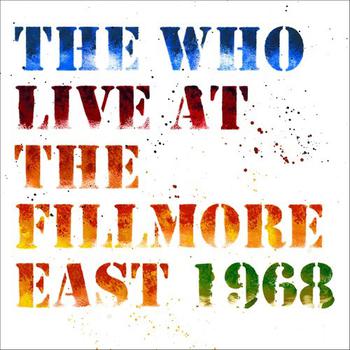 Charlie Puth's Voicenotes, Hayley Kiyoko's This Side of Paradise, and three Postmodern Jukebox CDs. I bought my first cassette in 1979 and have all the classic rock I could ever want and am not stuck in a rut. I enjoy new music as much as the old.

Quote:
I got rid of most of mine when CDs came out

Can't see them being around much longer ,my new van doesn't even have a CD player just a fancy media centre thingy

It's been a while since I purchased anything. These days I tend to mostly keep an eye on YouTube for promotional singles and, if something catches my interest, I'll just look more of their stuff up on YouTube. And I have friends both online and out here in the real world who hook me up with stuff they think I might be interested in, plus my daughter keeps me up to date on new metal bands. I can't remember the last time I paid for new music. In fact, when I do buy music, it's usually to replace an old CD, vinyl or cassette I've wrecked from overplaying it lol

I finally picked up a copy of Peter Tork's (The Monkees) Stranger Things Have Happened CD. I have no idea why it's taken me 24 years to get this but better late than never! Yet to play it so I hope it's good.

I picked up last years amazing 4 disc version of Purple Rain by Prince. I just love that album so much. It's what started my journey into discovering the music of Prince. Boy did he open my eyes!