DatMetalhead
Posts: 3
What's up Guys?
I'm playing in a metal band and I plan to buy a new bass which I'll play for a long time. So I need to be 100% sure which bass I should buy. I have to choose between a “Jackson JS3 Q Kelly Bird TBB” and a “Sterling by Music Man S.U.B. Stingray 4 BK”. Both are more or less the same price. What is your opinion on my choice? Can you recommend me other good basses with similar pick-ups?
Thank you for your help!

Hi and welcome, I can't comment on the Jackson but I'm a big fan of MusicMan and own a Stingray, when Leo Fender designed it he had funk bass in mind and geared it towards slap and pop, he even invited funk legend Louis Johnson, (RIP), down to the plant to try it out, he gave Louis six Stingrays to take away and keep. So getting back to Metal I would say this isn't the bass you need, also the Stingray is quite a hard beast to handle with quite a heavy neck and don't let the heavy humbucker fool you, this is a very smooth, tonal piece of hardware. I'd say try an Ibanez with Di Marzios on it, much more metal 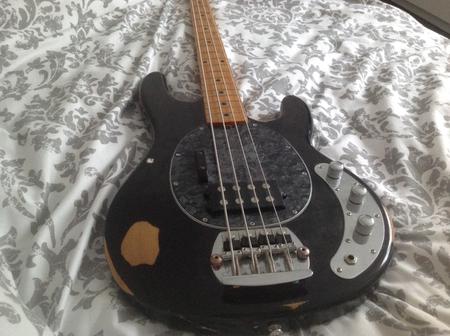 I suppose it all depends on the sound YOU want. I've played punk, heavy rock and driving soul over the past 40 years or so with mostly a p bass or a ric, but a Gibson or Epiphone thunderbird could be a good bet or an eb3. Try some out and don't be afraid to play with the knobs on both the amp and bass 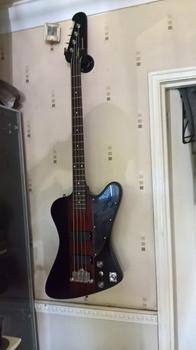 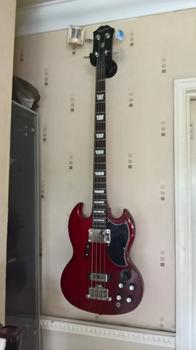 @Marko1960 thank you for your advice on Ibanez Basses. I will definitely try some affordable models.

@mr zee
I thought about an Epiphone Thunderbird Pro already but I've heard that they are pretty heavy and it's really exhausting to play with Thunderbirds in general. Do you had these kind of problems?

Heavy is relative - you may not find the weight of the Thunderbird to be an issue. They only way to know if it would suit you would be to try one out.

Ultimately it's whatever bass you like best. Feel, sound, sexiness… so subjective.

That being said, my practical side would lean towards the MusicMan because of its versatility. You may not always want to play metal. I don't know, maybe you do.

But don't trust important matters like this to anonymous internet people. We could be sociopaths steering you completely wrong.

Quote:
@mr zeeI thought about an Epiphone Thunderbird Pro already but I've heard that they are pretty heavy and it's really exhausting to play with Thunderbirds in general. Do you had these kind of problems?
I don't play in bands anymore and yes it is quite a heavy bass. I play for my own pleasure nowadays and im usually sat on my backside so the weight isn't a problem lol

I also just play at home for pleasure now and for this I have a Squier Jaguar short scale bass, it weighs about as much as a Big Mac and it's a doddle to play, it has a Jazz style neck, very narrow at the nut and it has P/J pups so can sound like a P or a J and at £180 I love it, anyone who hasn't tried a short scale should give it a blast

I play a shector stealth 4. Its loud and light. It has 24 frets to boot. Right now I have the tone set so that it sounds pretty darn close to a Rickenbacker. I have a Rickenbacker and you would be hard pressed to tell the difference. Just one of the tonal possibilities with this bass. A slim neck like a Ibanez. Awesome bass and the price is right…
<< <
1
2 3 4 > >>