We're calling them Harpsalanoodles, The Bassist. 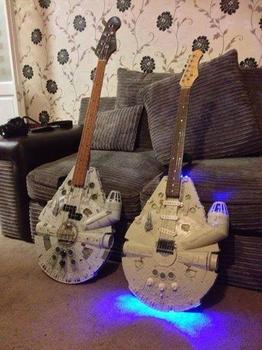 Saw Cheap Trick in concert the other night. Tom Petersson played a gorgeous 12-string the whole show (Rick Nielsen of course played 12 different guitars over the 16 song set, including a 5-neck, and managed to play two different guitars in one song). All pick, all downstrokes. Sounded great. Now I want one. 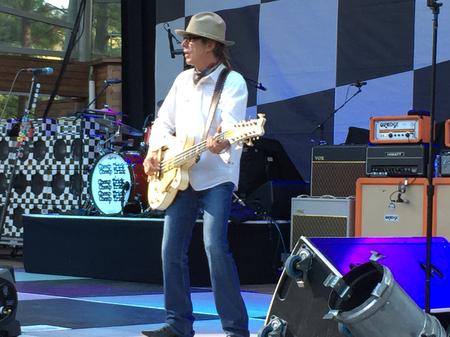 (There are no heads in front of me because we scored front row seats. Yeah, front row. They opened the seats right as we were there to buy tickets!)

It looks like a Gretsch, looks nice, and quite playable

I could see the headstock on the guitar rack before the show, and was hoping it would be played right in front of me, and it happened. I was also hoping he'd ask me to come up on stage and play with him, but that didn't happen.

Quote:
I'm thinking of building a 9 string bass, here's why, Skiffle bands used a Tea Chest Bass with ONE string. The bass player in ‘The Presidents of the United States’ only had TWO strings on his bass. Many a time a bass player has broken a string on stage and soldiered on with THREE strings. We all know about the FOUR, FIVE and SIX stringers. SEVEN string basses are becoming more available. We all know about the EIGHT with four octaved pairs. It's only a matter of time before someone gives the FIVE string octaved pairs, thus making the TEN which leaves the NINE. BOSH


try that. this dude plays alot of 9 string bass stuff

ELEVEN it is then.

Is a 12 string played by picking each string individually or the entire course?