ToxicTwinBass
Posts: 22
in your room or with a band. How long do you jam

We used to do three hours but it was never enough

We used to do three hours but it was never enough

I try to put in at least an hour a day. There are some days when I jam for three or four hours. I go through my music folder, throw a bunch of stuff on a VLC playlist and jam along. But it's been years since I jammed with other musicians. I miss it quite a bit, but there simply isn't anyone in my area who shares my taste in music. I've tried Craigslist, Bandmix, put up notices in the post office. Nothing.

Our band pretty much always hires a room for three hours for rehearsals ,gives us enough time to set up and get through a 1.5 hour set and work on any new songs and fine tuning

It's also good etiquette to be stripped down and out on time, takes me a while to pick up all those empties

Check out the beast from this weekend's new rehearsal rooms 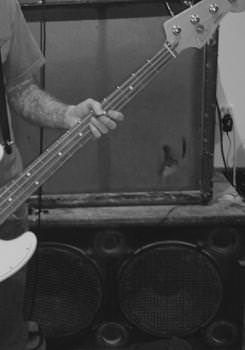 I've got a 1975 Peavey TNT 150, it doesn't clip excess signal like modern amps it just blows your fxxxing ear drums

Be glad you're still able to empty the “empties”, MotorMog.

Studio we use occasionally in Worthing “still” has one of those ,flippin eck your not wrong !!!!

Quote:
Be glad you're still able to empty the “empties”, MotorMog.

Well im all about saving the planet, one drink at a time

It's good to know that your doing you bit

My jamming days seem to be long behind me. Like Lon said, it's tough to find a complete band of musicians with similar tastes, and schedules to hold any sort of “jam” session.

Mostly I play wineries and breweries now with a guitarist/singer. Occasionally another singer/guitarist will join us for a few songs, and when I don't know the song I consider that “jamming”.

Most of my preparation jamming is me working songs out in my basement, and then taking what I've learned to a winery gig to play. Sometimes it works brilliantly, some times is a hot steaming pile of garbage.
<< <
1
2 > >>