Twiggybass
Posts: 624
It's been awhile since I have been able to sit down and tab any songs. I have several new tabs in working order right now from Bon Jovi and several other bands. I'm also working on the new SIXX A.M. Record Modern Vintage as well. If you want me to tab a song, it would be a pleasure. Send me the song name and put it under the requests. I will do my best to fulfill it. 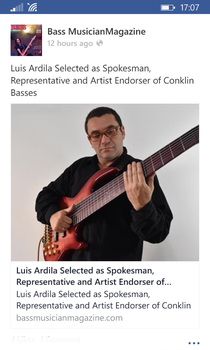 Is it just me or is this stooopid

Anything from the 80's works for me

How many remember this? probably one of the most forgotten songs of the 80's but I remember

Lon, do you remember?

I vaguely remember this song. Why do they all have the same hair doo?

It was a silly little pop band. I don't think they knew what they were doing lol

Got some tabs coming from

I'm almost finished the new SIXX AM album. Should be out in a week or so.
It's quite the record for those that haven't heard it, it's called Modern Vintage.

Someone requested “Deep Six” by Marilyn Manson. I will have it finished soon.

Quote:
https://www.youtube.com/watch?v=SsFsh5MC_xsHow many remember this? probably one of the most forgotten songs of the 80's but I remember Lon, do you remember?

I can honestly say I've never heard of ‘em – and I lived and breathed pop music and MTV in the mid-80s. In fact I just googled them and was surprised to learn this was the band Gilby Clark was in before Guns N’ Roses. Talk about a complete 180 – from sugary power pop to down and dirty hard rock? That's like Brian Wilson leaving The Beach Boys to join Black Sabbath. How do you make that leap??? LOL

Anytime in a video where a guy spends more time preening their hair than a girl you know it's from the 80s.