LOL - good one - actually I still have a lot(tons) of vinyl from the good ‘ol days. I would actually have to dig them out to see what I have. Off the top of head - I have practically every AC/DC albums up to the early 80’s. Queen, REO Speedwagon, Journey, Van Halen (david lee roth era), Tom Petty, Bob Seger, Bon Jovi, Styx, Bad Company, Peter Frampton, tons of the Beetles ….dang… it's just endless supply that I have in my possession.

Maybe the next poll Collection should be “top ten 8-track collection”….

Great topic Marko1960. Only 10, that's really tough (so I cheated a little.) A couple I selected mainly because I wore them out during the day, the remainder because of their collect-ability. Here's my list (alphabetically):

Wow, some great collections out there, I'm jealous, sold all of mine back in the 80s for CDs, wasn't a huge collection but there were some great titles. I'll. Re-phrase the question though, from the golden age of vinyl, 60-85, what would be the 10 albums you just couldn't live without

Ten isn't easy but there you go

This is an interesting one. I never owned a vinyl however i do remember listening to them. (Same with 8-track)

One thing i can is certain artist sound better on a vinyl record. Janis joplin (not a fan) her music just sounded better. Led zeppelin 4 just isnt the same on cd or digital. The build up of the vinyl hitting the needle then Black Dog kicks in. Also RUSH just sounds better too.

Collecting again, but for the cover art. I have them hanging in my office/music room as inspiration. Unfortunately I no longer have a turntable to play them, but I do have them all on CD:

I have a great one as far as cover art goes, Ooh La La by the Faces, it has an animated cover, you pull a tab to make the man on covers mouth move, it also has the original poster it came with. Its from 1973, is a first pressing and is AAA condition, I paid £30

I didn't own too many vinyl albums. I remember as a Kid I has Sesame Street Fever, when Saturday Night Fever was out. As I got a little older I remember having a couple Van Halen albums, Pink Floyd's Dark Side of the Moon, and a Styx album.

My favorite was my dad's Herb Alpert album: Whipped Cream and Other Delights.

I never listened to it, but man I stared at that cover for hours. 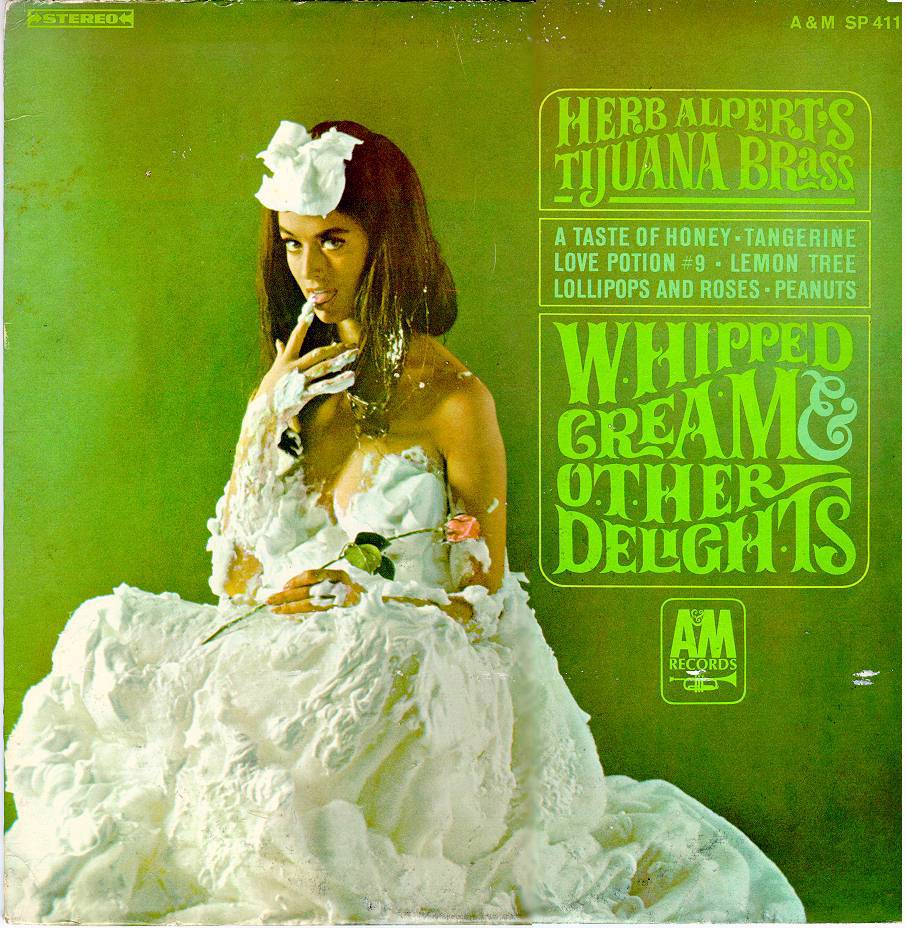