Towelie
Posts: 48
What are some cool basses that are used by your favorite bass players?

Mine would be the Rickenbacker used by Dan Maines of Clutch:

That Alembic is nuts.

Phoenix, or Dave Farell, of Linkin Park. I love his Stingrays. And no not the animal.

Geddy Lee of Rush. Has his own custom Fender Jazz basses, I've played one before. It was awesome

I have no idea if David Ellefson of Megadeth uses any other basses. He uses his own custom Jackson basses. Played a couple Jackson basses, I think the JS2 and 3. Wanna play the Ellefsons

And finally Twiggy Ramirez, or Jeordie White, of Marilyn Manson. When he was the bassist he mainly used Gibson Thunderbirds. Not sure if this is true, but I read that the Epi Goth bass was made for him. He'd obviously use a Gibson version of course. 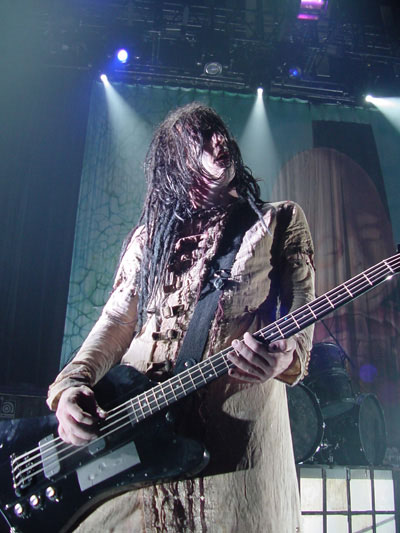 Mine is Paul McCartney's violin bass

What kind of bass is the one Krist used?

Quote:
Quote: Krist NovoselicFlea What kind of bass is the one Krist used?

Krist had his own signature bass. I saw a couple of shows were he used it the sound is amazing. Heres the link: http://www2.gibson.com/Products/Electric-Guitars/Bass/Gibson-USA/Krist-Novoselic-Signature-RD-Bass.aspx